Tunefish is a very tiny virtual analog synthesizer. It is developed to fit into about 10kb of compressed machine code while still producing an audio quality that can compete with commercial synthesizers. This site was created to make the VST/AU version of it available to the public. This plugin, unlike the version of TF which is used in 64k intros of our group Brain Control is of course larger, mainly because it has a UI and uses the excellent Juce framework for C++. (This is true for TF4 and TF3. TF2 uses the VSTGUI library.) The synth is free but comes without any warranties. It is tested on Renoise but if you want to use it with different DAWs, please do so and let us know about your experience. Tunefish is an ongoing project under active development so if you have any comments or wishes, please let us know. Also, if you make some music with it or create soundbanks you're more than welcome to share them with us or on the Tunefish page at KVR Audio.

Tunefish v4 was developed as a smaller replacement of Tunefish v3 with roughly the same power. It was developed for our intro Turtles all the way down which forced us to rethink how to most effectively produce music in very tight machine code. Read more about it here. The result was totally worth it and some might argue it is even more powerful. To open it up to a broader range of people, it was also ported over to Linux and MacOS and it was given a new polished UI. 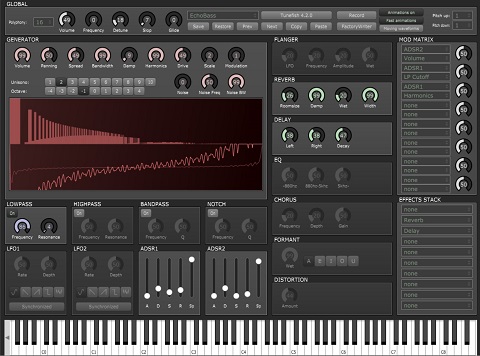 Tunefish v3 was done because quite frankly, Tunefish v2 was a mess code-wise and I learned a lot during the development of it. I wanted to try out a new idea of mine which was using splines for implementing an oscillator. One piece of code which can still produce the same sounds as a range of oscillators in v2. It was first used in our intro Pandora. Additionally to that I wanted to get away from the VSTGui library which I did not really like at that time and instead used the Qt framework and later on migrated to Juce. 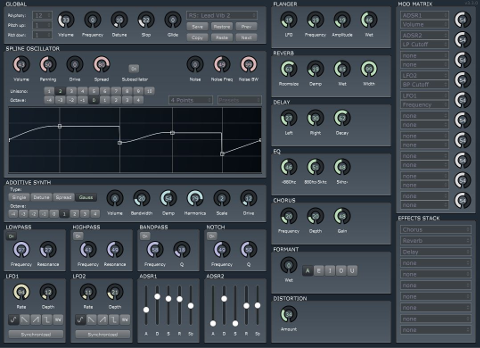 Tunefish v2 is the first synth that I developed that you could call a synth that "makes sense". v1 was messy and I was learning synthesis concepts at that time. Additionally to that v2 is the first one that is implemented as a VST plugin using the VSTGui library. This is the reason why v1 never made it on this page. It had to be used "manually" and what this means is basically you had to hardcode your patches in the sourcecode. Yes, you read that right. Yes, I was stupid back then. The final Tunefish v2 was first used in our intro A daily dose of random. Horrible visuals but quite a nice sound. To get an idea of what v1 sounded like check out the first and only intro that was made with v1, The Icemachine. 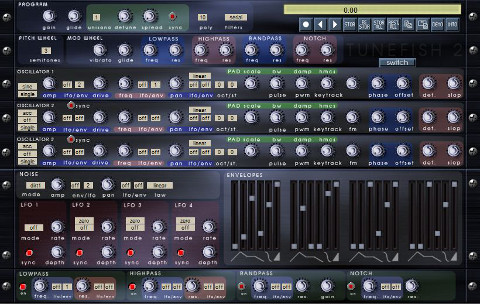 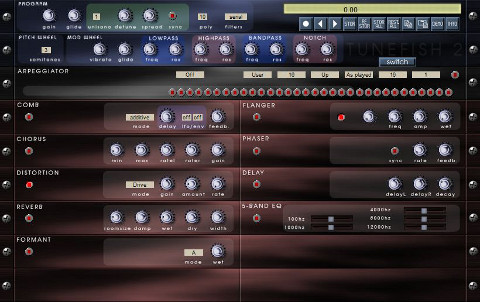 Tunefish is a project of demoscene group Brain Control. It was originally developed to acompany real time 3d animations with music, which are then presented at computer art festivals called demoparties. For more information about us visit our website.

If you like Tunefish then please consider donating. Development of tunefish costs mainly time however there is also some money involved for paying software licenses and webserver. Any amount of money is appreciated and will go directly into further development of the synth.